This report was found on the website of the Centre for International and Security Studies at Maryland (CISSM), University of Maryland School of Public Policy:

Office of the Deputy Assistant Secretary of Defense for Policy Planning

"Individuals and groups who use violence in ways that threaten the United States, its allies, or its partners habitually find or create ways to operate with impunity or without detection. Whether for private financial gain (e.g., by narcotics and arms traffickers) or for harmful political aims (e.g., by insurgents, terrorists, and other violent extremists), these illicit operations are most successful — and most dangerous — when their perpetrators have a place or situation that can provide refuge from efforts to combat or counter them. Such places and situations are often called safe havens, and potential safe havens are sometimes called ungoverned areas. A key component of counterinsurgency, counterterrorism, counternarcotics, stabilization, peacekeeping, and other such efforts is to reduce the size and effectiveness of the safe havens that protect illicit actors. Agencies in defense, diplomacy, development, law enforcement, and other areas all have capabilities that can be applied to countering such threats and building the capacity and legitimacy of U.S. partners to prevent ungoverned, under-governed, misgoverned, contested, and exploitable areas from becoming safe havens. To do this effectively requires careful consideration of all the geographical, political, civil, and resource factors that make safe havens possible; a sober appreciation of the complex ways those factors interact; and deeper collaboration among U.S. government offices and units that address such problems — whether operating openly, discreetly, or covertly — to ensure unity of effort. This report offers a framework that can be used to systematically account for these considerations in relevant strategies, capabilities, and doctrines/best practices." 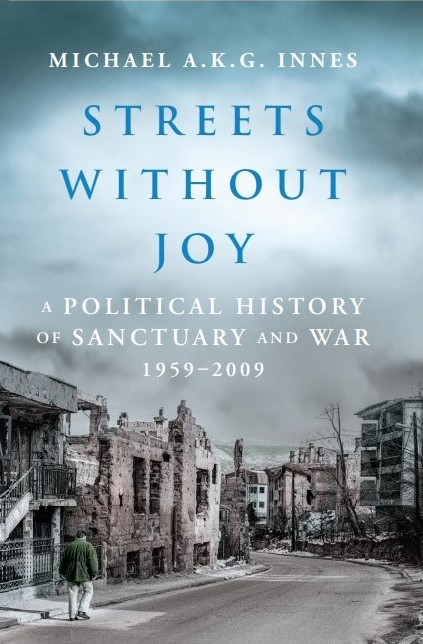 Innes, Michael A. (Ed.). Making Sense of Proxy Wars: States, Surrogates and the Use of Force. Lincoln: University of Nebraska Press [Potomac Books], 2012.