The words we spoken aloud, and thus we became real… last Wednesday, 26 November, CTlab held its first real world event, a public lecture on Feral Cities and the Scientific Way of Warfare. The event was organized on relatively short notice – about six weeks or so – after Geoff Manaugh let us know that he’d be coming to London, suggesting the time was right to bring together CTlab and BLDGBLOG. And so it was. Both our speakers, Geoff and Dr. Antoine Bousquet (Birkbeck College) gave presentations that were topically fascinating and supported by some striking visuals. This was crossing boundaries at its CTlab best: interfacing architectural  speculation, historical sociology, and international relations; a trans-Atlantic mashing of academe and the blogosphere in the real world; discussing historical and future conflict in cities; and achieving a fair degree of synthesis and cross-pollination. We also had an excellent turn-out, with about 65-80 attendees, and the follow-up Q&A session lasted for the better part of an hour.  We finished up afterwards at the Marlborough Arms around the corner from UCL’s political science dept, where CTlab, BLDBLOG, Ubiwar, friends and family shared a pint or three and continued the conversation. Good times; well met.  NOTE: Matt from University College London’s Media Resources A/V crew filmed the event, which is now being edited to streaming video format for online viewing (available within a week or so, I’m told – stay tuned). And special thanks to Tim, who provided, as always, essential support throughout. Drinks owed. 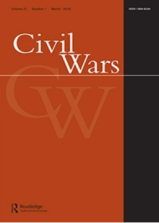 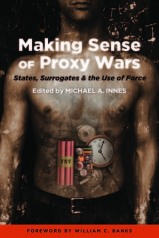